"I like projects that make me push my boundaries"

Family Law star Shuang Hu makes her stage debut with the degree of difficulty dialled to the max in Annie Baker's suspense-comedy John.

When Shuang Hu was asked to audition for a plumb role in the Sydney premiere of Annie Baker’s John, she was in Miami, Florida. The show’s director, Craig Baldwin, was in Washington, DC. The audition was conducted via Skype.

“When I got that audition and I read the script, I was like, wow, what a great play,” Hu recalls. “But at the same time I was thinking, God, I really don’t envy the person who gets this.”

Now Hu is about to make her Sydney stage debut in Outhouse Theatre Company’s production of John, opposite Belinda Giblin, Maggie Blinco and James Bell. For an actor whose experience is entirely in short film and TV, this painstakingly detailed three-hour-plus comedy-drama is seriously deep-end.

“This is the hardest thing – the scariest thing,” Hu says. “When I got the part, I was like, oh my god … so many lines.”

John is the acerbically comic, frequently creepy story of a young couple – Elias and Jenny (Hu’s role) – who check in to an ornament-cluttered bed and breakfast in Gettysburg, Pennsylvania, run by the eccentric Mertis Graven (Giblin).

It’s Thanksgiving but the Christmas decorations are already up. Maybe they were never taken down.

Jenny is Asian-American, Midwest born and bred, but now living in Brooklyn, NYC, working as a writer on a quiz show.

“A lot about Jenny is Annie herself,” says Hu [Baker worked as a writer on Who Wants to be a Millionaire?, for example]. “But she is written as an Asian character. I feel like Annie has got so many things right about her. Jenny has attributes I really identify with as an Asian person. I don’t feel anything weird or unnatural in the way she’s written.

“And I just love that it’s all so real and that my character is also flawed. It’s a challenge, but a good challenge. I like projects that make me push my boundaries.”

Working with industry veterans of the calibre of Giblin and Blinco has made Hu’s transition to the stage – and the navigating of Baker’s precisely crafted dialogue – just that little less intimidating.

“When you work alongside people who have been in the industry for so long, and who have very natural ability and so much theatre experience, being able to play off them is really helpful. I feel like I definitely have elevated as a performer.”

John is something of a delayed stage debut for Hu. We came close to seeing her in Sydney Theatre Company’s Chimerica in 2017.

“It would have been great,” Hu says. “But at the same time, Ronnie Cheng’s TV show [Ronnie Cheng International Student] got green-lit, so I had to choose between the two because they were filming and rehearsing at the same time.”

Hu is best known for her work in the hit comedy The Family Law.

“Hands down, I would say that show was one of the top three best experiences of my life,” she says. “It was my breakout role. I’d done small things in short films and other projects but this was the first mainstream project I worked on.

“And it was like life imitates art during the process, because our TV family turned into a real family. We have this group chat on Facebook and we always keep in touch and support each other’s work.”

John plays at the Seymour Centre, Chippendale from September 19.

Bell Shakespeare programs its first female Hamlet and The Comedy of Errors in its 30th birthday year.

Audrey review: A painstakingly crafted production is played to a rhythm we seldom see in a theatre culture that increasingly moves to the beat of cinema.

Before Juliet, there was Rosaline. Then Shakespeare made her disappear. Now Joanna Erskine makes space for Romeo's ex to have her say.

END_OF_DOCUMENT_TOKEN_TO_BE_REPLACED

The return of the gritty yet feel-good story of a young boy determined to dance.

Stranded after a plane crash, a flight attendant is caught up in the dystopian world of the duckpond. 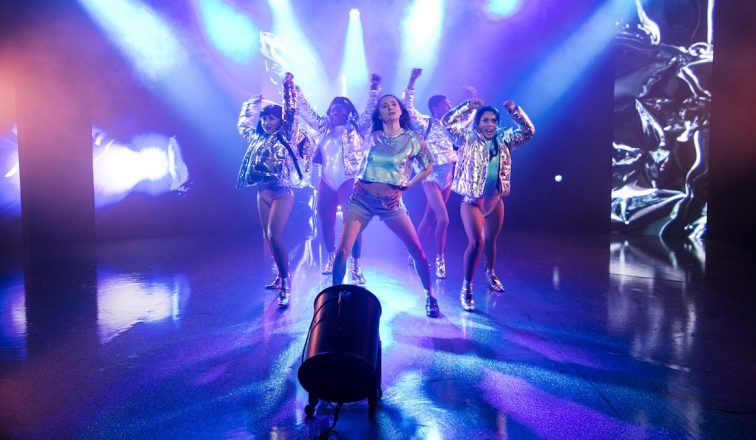 Edna is 14, and she’s in love with Harry. There’s just one problem: Harry is in True Connection, the biggest boyband in the world.