First performed in 1986, Willy Russell’s comic monologue all but kick-started the ‘it’s never too late to be yourself’ genre.

Something’s about to change for Mrs Shirley Bradshaw, mother of grown children and confidence-eroded housewife.

After decades of dull married life, mince dinners every Thursday and talking to the kitchen wall, her former self – the fearless Shirley Valentine – is fizzing to get out. And she’s ready to change everything. Even the wall.

First performed in 1986, Willy Russell’s comic monologue all but kick-started the ‘it’s never too late to be yourself’ genre.

In Quiet Faith, David Williams addresses the gulf between the Christianity of Australia’s political leaders and everyday Christians.

If Art Really Is So Powerful, Why Aren’t More Young People Engaging With It?

Engaging a youthful and diverse audience might not be a priority for all theatre companies, but perhaps it should, argues Playwave creative Nicole Pingon.

There's more than meets the eye in STC's production of The Children. Director Sarah Goodes and designer Elizabeth Gadsby reveal their secrets.

END_OF_DOCUMENT_TOKEN_TO_BE_REPLACED

An electrifying journey into the extremes of human nature from Sydney Dance Company and choreographer Rafael Bonachela.

From playwright Brooke Robinson, an unflinching examination of homelessness asking how willing we are to take care of our most vulnerable. 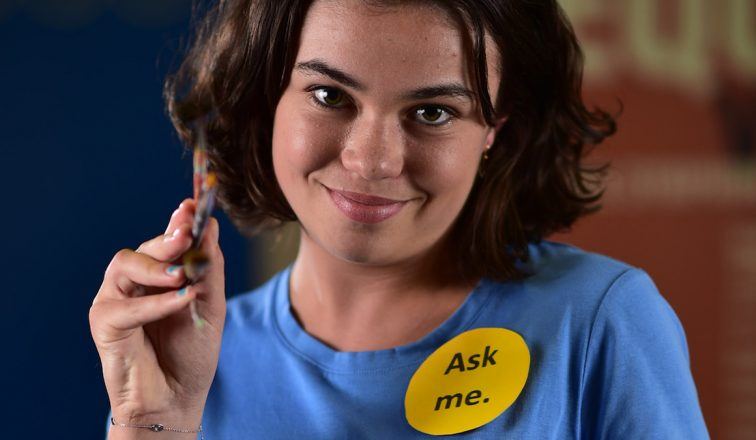 Kiss of the Gallery Guard

Part mystery, part comedy and part romance, a new play plunges the audience into the surprising life of gallery attendant.